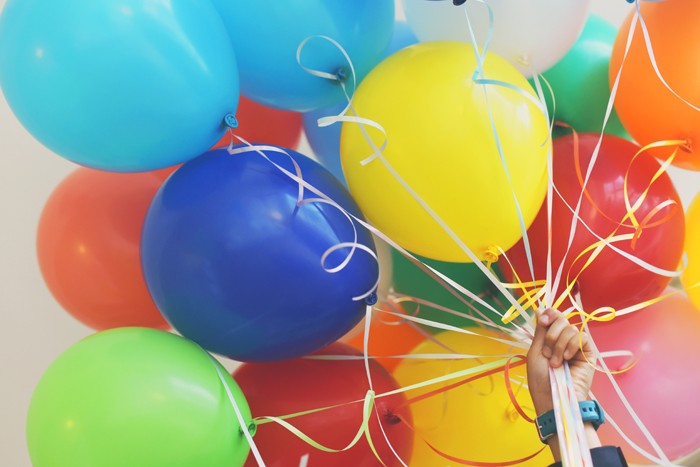 You probably see balloons so much that you don’t give them a second thought: birthday parties, special occasions, events, promotions, etc. Balloons are often an affordable and easy way to celebrate any occasion or to promote your brand or event. But have you ever taken the time to think about what happens to all those balloons that are accidentally or purposefully released into the air? The answer may come as a surprise.

Jeannette Halderman, owner of Reno Tahoe Promotions & botanist, conducts botanical field surveys in California and Nevada. While conducting a survey last April in the East Mojave desert, just North of Las Vegas, Nevada, she discovered first hand “where balloons end up.” During the 28-day survey, she saw 1-5 balloons a day in the open desert, entangled around shrubs and/or breaking down on the desert floor. 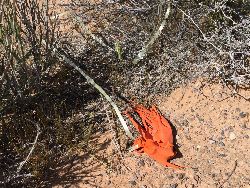 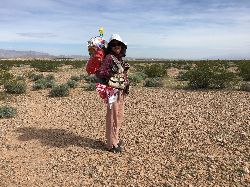 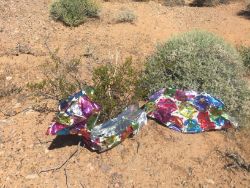 Jeannette and the botany team did their part in the field by collecting and disposing remnants of balloons each day. As owner of Reno Tahoe Promotions, a company that sells balloons, we believe it is important to educate our customers on the hazards of releasing these balloons into the environment, and encourage you to TAKE ACTION. 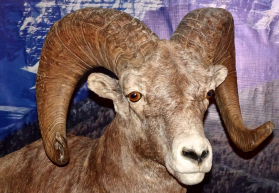 We don’t often think about what happens to our balloons after they disappear from our view but it is time that we do. They are becoming increasingly dangerous to animals in wildlife, who can’t seek help or treatment if they ingest them or get tangled up in the strings. According to the article, Floating Menace by Rebecca Barboza, bighorn sheep throughout southern California are having a particularly challenging time dealing with the balloons. They’ve found anything from small pieces to entire balloons inside the stomachs and intestines of these beautiful creatures, leaving them unable to properly digest their food. The strings can be just as dangerous as the actual pieces of the balloon, often causing the animals to choke.Balloons are also a major danger to sea turtles, who, according to an article by The Wildlife Society, often mistake the broken latex balloons for jellyfish. Approximately 30% of sea turtles are found with balloon pieces in their stomaches, a number that is far too high.

1.FILL WITH AIR NOT HELIUM – If you still want to use balloons to celebrate your events you can switch to filling your balloons with air instead of helium-this will keep your balloons from travel away & ending up in a wildlife area or in the water.

2. Secure-If you insist on using balloons with helium to celebrate an event, please consider finding a way to secure them, or attach the string to a weight or clip, so that they are not accidentally released into our precious natural environments. Make sure to properly dispose of them, deflated, in a secured garbage can when finished.

3.DO NOT RELEASE BALLOONS – And please do not encourage releasing them as a rights of passage during or after your event.

4. CONSIDER OTHER OPTIONS – Other great options to balloons you can use to celebrate your events or special occasions are below (click on each to see fun ideas):

– BANNERS These are just a few ideas & we are always brainstorming more fun ways to promote events!

FOR ADDITIONAL INFORMATION, CHECK OUT THESE LINKS: